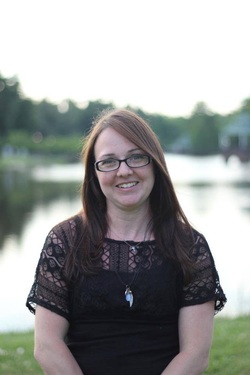 Mashanna Bachuss
On December 5, 2010 my nightmare began.  My youngest son Conner was physically abused during the early morning hours. Conner was flown to Kosairs Childern's Hospital in Louisville, KY where he spent the next five days of his life undergoing tests and treatments. My family and I spent those five days hoping and praying for the best, but we were informed that the extent of his injuries were too severe. On December 10, 2010, Conner's life support was turned off. While lying in my arms, Conner passed away. Our world has never been the same. On this earth our family will never be complete again. I cannot even begin to express the amount of pain that my family and I are going through. Unfortunately our nightmare is far from over.

After three reschedules, the trial for the abuser Ronald H. Saunders II started on January 17, 2012. On January 19th after only a few short hours the jury was considered hung and released. A new trial was scheduled for June 2012. Then in March 2012 new evidence against the defendant came to light, including a detailed confession to his cell mate and DNA evidence. On March 30, 2012, the McCracken County Commonwealth's office agreed to a plea bargain with the defendant. The Commonwealth's office amended the standing murder charge down to manslaughter in the second degree. Manslaughter in the second degree is classified as a non-violent crime. The Kentucky Revised Statues (KRS) sentencing guideline for manslaughter in the second degree is a minimum of 5 years served with a maximum of 10 years served. Even though the abuser has been sentenced to the max of 10 years, after serving 20% of his sentence (2 years) he will be eligible for parole. The abuser has already served 15 months in jail, so he will be eligible around November 2012.

The evidence in this case is overwhelming to prove that this abuser committed an extremely violent and heinous crime. This abuser has had a very secret violent history, and he tries to continue to keep it hidden. This includes a prior child abuse charge in North Carolina and several extremely violent assaults while enlisted in the Marines Corp. which resulted in his dishonorable discharge. It is a true injustice to Conner, my family, and to our community that this violent murderer has the possibility to be back in our community by the end of this year. For the Commonwealth's office to label this crime and abuser as non-violent is a disservice and a disgrace to our community.

Child abuse effects almost 8,000 children a day. In one day almost 5 children die as a result of child abuse. In the United States for 2009 over 1.4 million children were abused. In Kentucky for 2009 over 33,000 children were abused, and over 34 deaths were a result of child abuse. We need to raise awareness of this silent epidemic. Our government should take these cases head on, instead of pleading out just to get a conviction even though the charge does not fit the crime. Kentucky's current gun crime law carries more time then murdering a child.

John F. Kennedy said, "Children are the world's most valuable resource and it's best hope for the future." on July 25, 1963. This still sums it up for today. In Conner's honor this coalition will help raise awareness about child abuse, address how our local government handles child abuse cases, and how state legislation needs to address fatal child abuse. The community is ready for change to local and state government regulations, so this organization will help the community's voice to be heard. If we help just one child, Conner will have not died in vain. Please join and share our coalition to make Conner's voice be heard.